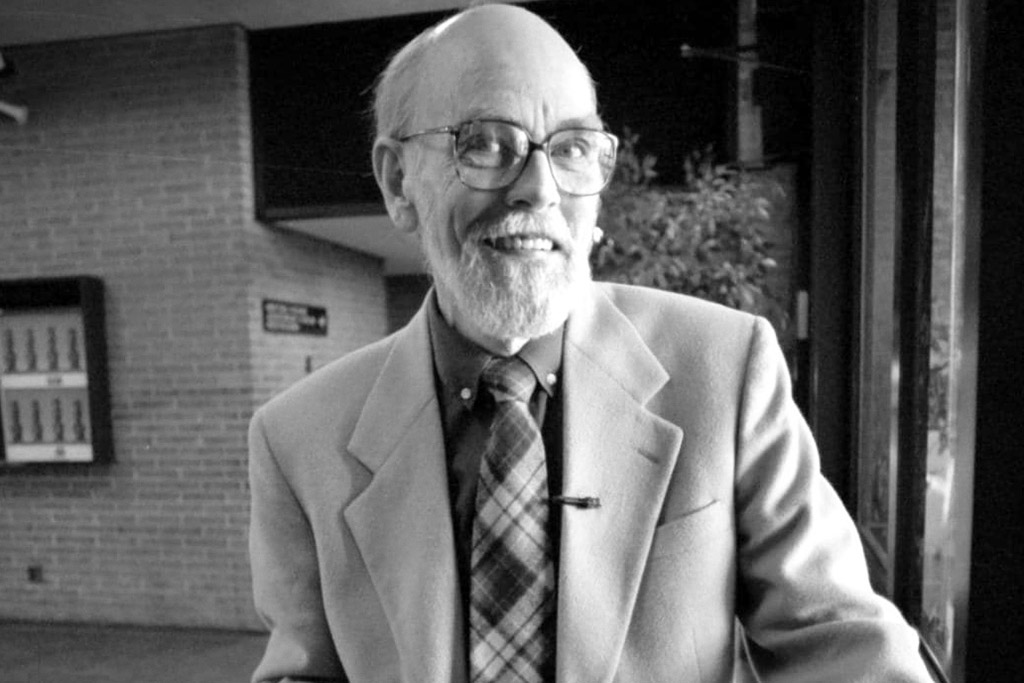 Stanley Miller Williams (8/4/1930 – 1/1/2015) was an American contemporary poet, as well as a translator and editor. He produced over 25 books and won several awards for his poetry. His accomplishments were chronicled in Arkansas Biography. He is perhaps best known for reading a poem at the second inauguration of Bill Clinton. One of his best-known poems is "The Shrinking Lonesome Sestina."

Williams was born in Hoxie, Arkansas, to Ernest Burdette and Ann Jeanette Miller Williams. He was educated in Arkansas, first enrolling at Hendrix College in Conway and eventually transferring to Arkansas State University in Jonesboro, where he published his first collection of poems, Et Cetera, while getting his bachelor's degree in biology. He went on to get a masters in zoology at the University of Arkansas in 1952.

Miller received the 1963–64 Amy Lowell Poetry Travelling Scholarship, and he won the 1991 Poets' Prize for his collection Living on the Surface.

In 1997, President Bill Clinton selected Williams to read his poem "Of History and Hope" at Clinton's second inauguration, instantly bringing Williams to national attention. In addition, President Clinton presented Williams with the National Arts Award for his lifelong contribution to the arts.

Miller suffered from spina bifida. He died on January 1, 2015, of Alzheimer's disease. In February, 2016, his daughter Lucinda Williams released a song entitled "If My Love Could Kill," as a testament to her father's suffering from this terrible affliction.

Williams lived in Fayetteville with his wife Jordan. Besides their daughter Lucinda Williams, a three-time Grammy Award winning country music, folk, and rock singer, named "America's best songwriter" by TIME magazine in 2002, they had a son, Robert, and another daughter, Karyn, who graduated from the School of Nursing at the University of Arkansas. Williams also had three grandchildren, and eight great-grandchildren.

During his lifetime, Williams received numerous awards in recognition of his work, including: