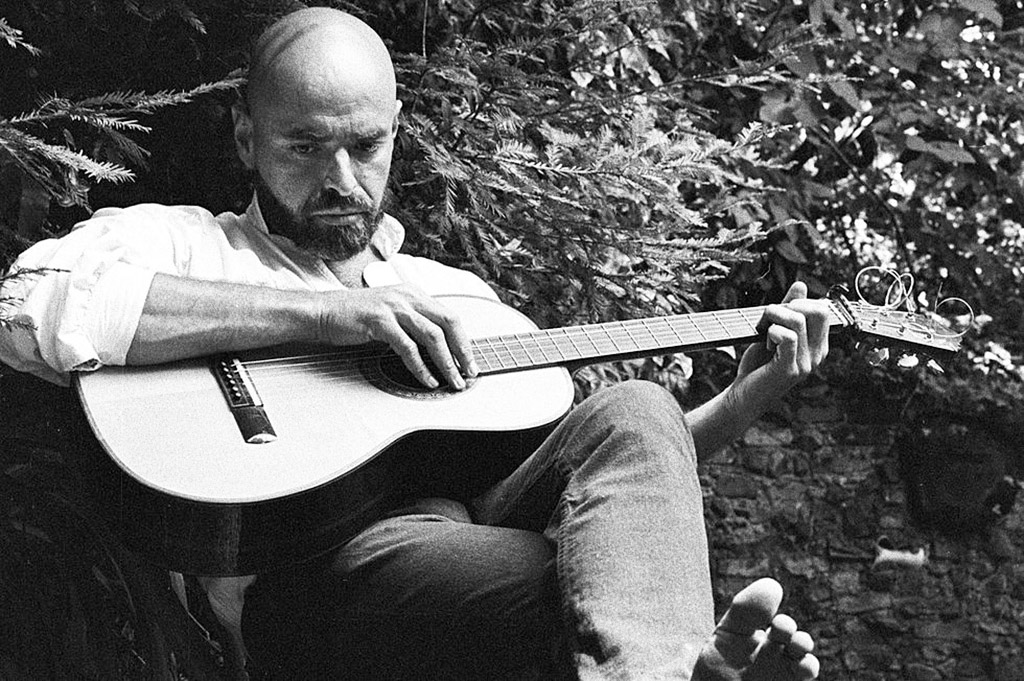 Shel Silverstein was a poet and musician known for children’s books such as The Giving Tree and Where the Sidewalk Ends.

Shel Silverstein was born on September 25, 1930, in Chicago. Silverstein studied music and established himself as a musician and composer, writing songs including “A Boy Named Sue,” popularized by Johnny Cash, and Loretta Lynn’s “One’s on the Way.” Silverstein also wrote children’s literature, including The Giving Tree and the poetry collection A Light in the Attic. He died in 1999.

Born in Chicago, Illinois on September 25, 1930, Shel Silverstein enlisted in the U.S. Army in 1950 and served in Korea and Japan, becoming a cartoonist for Stars & Stripes magazine. After his stint in the Army was up, he soon began drawing cartoons for magazines such as Look and Sports Illustrated, but it was his work for Playboy magazine that began garnering Silverstein national recognition. Silverstein's cartoons appeared in every issue of Playboy, riding the high-point of its popularity, from 1957 through the mid-1970s.

While at Playboy in the 1950s, Silverstein also began exploring other areas of creativity, including writing and music, and he contributed poems to the magazine, including "The Winner" and "The Smoke-off," and wrote the books Playboy's Teevee Jeebies and its sequel, More Playboy's Teevee Jeebies: Do-It-Yourself Dialogue for the Late Late Show. He also began publishing his own books of cartoons, beginning with Take Ten (1955) and Grab Your Socks (1956). In 1960, Silverstein’s collected cartons, Now Here's My Plan: A Book of Futilities, would appear with one of his most famous drawings adorning the cover. Around this time, he branched out into music, recording his first album, Hairy Jazz (1959), a record containing several standards and a couple of original songs. Silverstein would go on to produce more than a dozen albums over the course of his diverse career

'The Giving Tree' and Other Writings

In 1963, Silverstein met Ursula Nordstrom, a book editor, and she convinced him to begin writing material for children, which he did on short notice. Uncle Shelby's Story of Lafcadio: The Lion Who Shot Back would be the first, appearing that same year. The next year, he wrote two: A Giraffe and a Half and The Giving Tree, the latter of which would go on to become Silverstein's most popular book.

Besides being wildly popular, The Giving Tree is one of the most discussed children’s books of all time. Featuring a boy and a tree, the plot centers on both characters growing up and the boy having less and less time for the tree but more and more need for what the tree can give him. Eventually the tree allows itself to be chopped down to make lumber for a boat so the boy can go sailing. Years later, the boy returns as an old man, and the tree says, "I'm sorry, boy... but I have nothing left to give you." The boy says, "I do not need much now, just a quiet place to sit and rest." The tree then says, "Well, an old tree stump is a good place for sitting and resting. Come, boy, sit down and rest." The boy sits, making the tree once again happy to serve him.

The book is both sad and ambiguous in intent, and for these reasons it was initially rejected by publishers, who thought the book’s themes resided somewhere between those meant for adults and those for children. The book portrays either a bleak or realistic assessment of the human condition (or both) and a stark viewpoint of parent/child relationships, but Silverstein meant to give children a look at life unadorned (others have read religious and anti-feminist themes into the work as well). Regardless of the message, The Giving Tree has been translated into more than 30 languages and is continually named to lists of the best children’s books of all time.

As the 1960s came to an end and the 1970s began, Silverstein ramped up his songwriting efforts, composing the songs "A Boy Named Sue" (which would be popularized by Johnny Cash), "One's on the Way," "So Good to So Bad," "Sylvia's Mother" (sung by Dr. Hook, 1972) and "Yes, Mr. Rogers,” among others. His full-length albums, all from the early 1970s, included Freakin' at the Freaker's Ball (a satiric look back at the 1960s hippie counterculture, and his biggest hit), Drain My Brain, A Boy Named Sue and Other Country Songs (which was released after Johnny Cash had turned the title track into a huge hit) and Legends and Lies (The Songs of Shel Silverstein). He also wrote motion picture soundtracks for 1970s films such as Ned Kelly, Who Is Harry Kellerman and Why Is He Saying Those Terrible Things About Me?, Thieves and years down the road, Postcards from the Edge (1990).

While Silverstein was celebrated in certain musical circles for his music, it was always his work as an author of children's books that set him apart, and he produced two of his most memorable in the 1970s: Where the Sidewalk Ends (his first collection of poetry; 1974) and The Missing Piece (1976). When the 1970s came to an end, Silverstein would continue releasing memorable children’s titles, among them A Light in the Attic (1981), a collection of poems and drawings, which went on to win several awards, and The Missing Piece Meets the Big O (1981), a sequel to The Missing Piece.

Shel Silverstein passed away on May 10, 1999, from a heart attack in Key West, Florida.