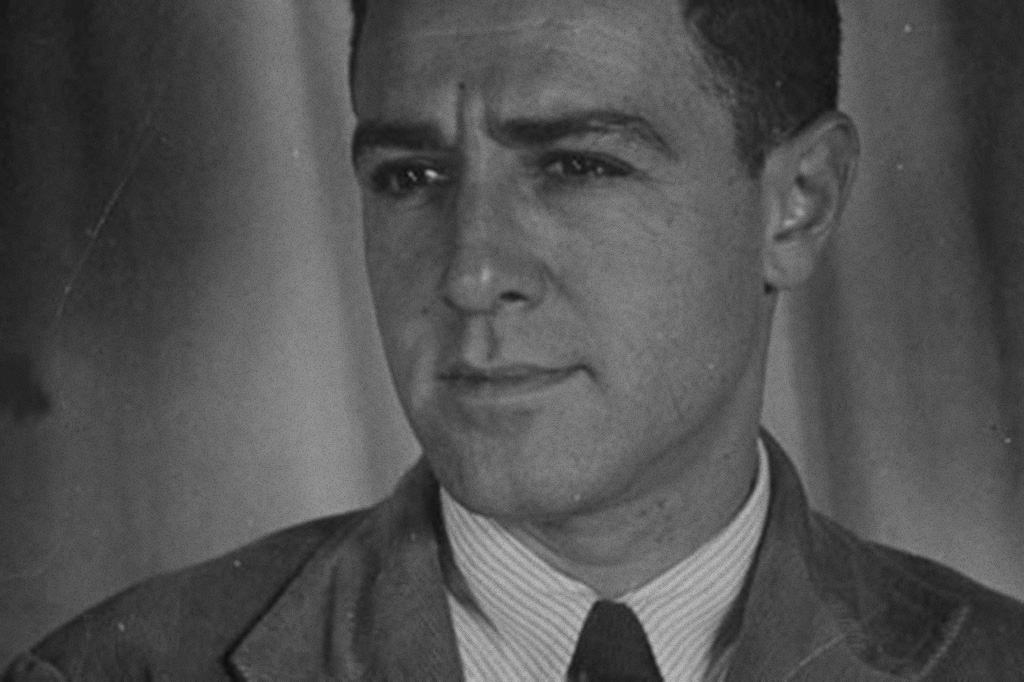 Born Carl Jay Shapiro, Shapiro was the second son of Joseph Shapiro, a businessman, and Sara Omansky. His given name was legally changed to Karl in 1920. He attended the University of Virginia for one semester in 1932 and Johns Hopkins University from 1937 to 1939. In 1940 he attended the Pratt Library School in Baltimore. Early in 1942, during World War II, Shapiro left for the southwest Pacific aboard a troopship. He had just begun to write poetry. When he returned home in 1946, he was famous, having won the Pulitzer Prize in 1945 for his second book, V-Letter and Other Poems. Three years later he figured dramatically in the awarding of the first Library of Congress Bollingen Prize, which was given to the writer Ezra Pound for The Pisan Cantos in 1948. Shapiro was a member of the jury and voted against the "traitor poet." (Pound was arrested and jailed for treason in 1945 because he had made public broadcasts in Italy supporting fascism and anti-Semitism during World War II.) Shapiro's statement read, "I voted against Pound in the belief that the poet's political and moral philosophy ultimately vitiated his poetry and lowered its standard as literary work." A national debate ensued, with most siding with Shapiro.

Poems from his earlier books display a mastery of formal verse with a modern sensibility that viewed such topics as automobiles, house flies, and drug stores as worthy of attention. In 1963, the poet/critic Randall Jarrell praised Shapiro's work:

Karl Shapiro's poems are fresh and young and rash and live; their hard clear outlines, their flat bold colors create a world like that of a knowing and skillful neoprimitive painting, without any of the confusion or profundity of atmosphere, of aerial perspective, but with notable visual and satiric force. The poet early perfected a style, derived from Auden but decidedly individual, which he has not developed in later life but has temporarily replaced with the clear Rilke-like rhetoric of his Adam and Eve poems, the frankly Whitmanesque convolutions of his latest work. His best poem--poems like "The Leg", "Waitress", "Scyros", "Going to School", "Cadillac"--have a real precision, a memorable exactness of realization, yet they plainly come out of life's raw hubbub, out of the disgraceful foundations, the exciting and disgraceful surfaces of existence.

In his later work, he experimented with more open forms, beginning with The Bourgeois Poet (1964) and continuing with White-Haired Lover (1968). His interest in formal verse and prosody led to his writing multiple books on the subject including the long poem Essay on Rime (1945), A Bibliography of Modern Prosody (1948), and A Prosody Handbook (with Robert Beum, 1965; reissued 2006). His Selected Poems appeared in 1968. Shapiro also published one novel, Edsel (1971) and a three-volume autobiography titled Poet (1988–1990).

Shapiro edited the prestigious magazine, Poetry for several years, and he was a professor of English at the University of Nebraska-Lincoln, where he edited Prairie Schooner, and at the University of California, Davis, from which he retired in the mid-1980s. His other works include Person, Place and Thing (1942), (with Ernst Lert) the libretto to Hugo Weisgall's opera The Tenor (1950), To Abolish Children (1968), and The Old Horsefly (1993). Shapiro received the 1969 Bollingen Prize for Poetry, sharing the award that year with John Berryman.

In The Bourgeois Poet, Shapiro wrote in a form that he had created, poems in the shape of a paragraph with a panhandle on the left. One began:

This is a paragraph. A paragraph is a sonnet in prose. A paragraph begins where it ends. A paragraph may contain a single word or cruise for pages. Good writing rids itself of style, sanctifies no grammar, is silent more than it speaks …

Shapiro died in New York City, aged 86, on May 14, 2000. More recent editions of his work include The Wild Card: Selected Poems Early and Late (1998) and Selected Poems (2003). His last work, Coda: Last Poems, (2008) was recently published in a volume organized posthumously by editor Robert Phillips. The poems, divided into three sections according to love poems to his last wife, poems concerning roses, and other various poems, were discovered in the drawers of Shapiro's desk by his wife two years after his death.