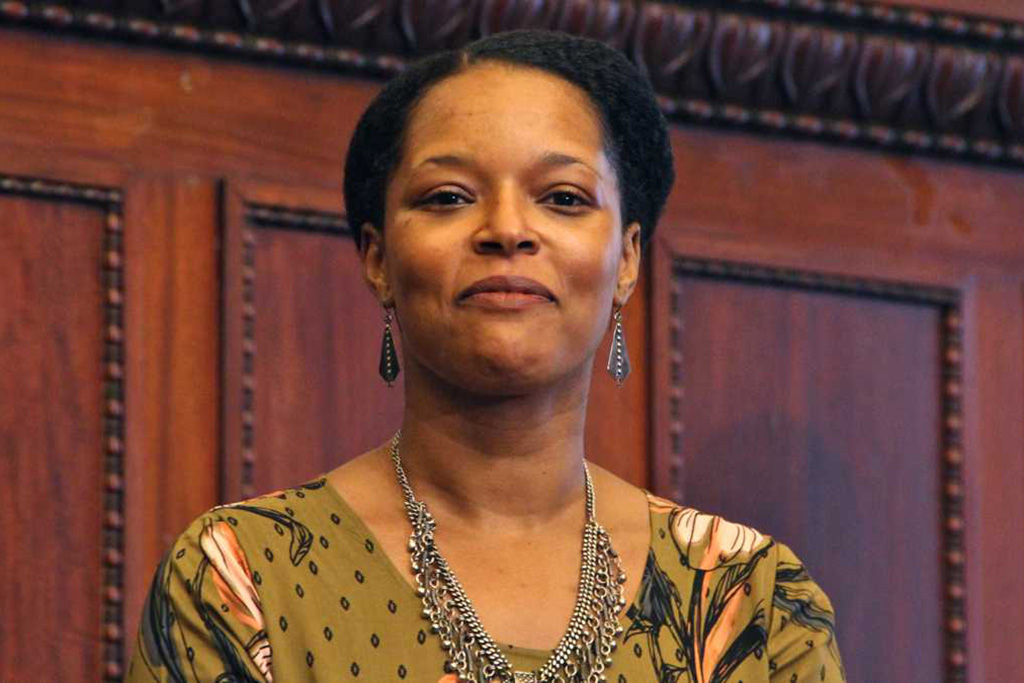 Yolanda Wisher (born 1976) is an American poet, educator and spoken word artist who focuses on the experience of being African-American. She is a graduate of Temple University and was selected as the third Poet Laureate of Philadelphia in 2016.

As of 2015, Wisher is a Founding Cultural Agent for the U.S. Department of Arts and Culture. In 2016, she was chosen as the third poet laureate of Philadelphia, following Sonia Sanchez (2012–13) and Frank Sherlock (2014–15), respectively, and is a 2016 writer-in-residence at the Hedgebrook residency program for women writers.

Wisher lives in Germantown with her partner Mark Palacio and their son Thelonius. She frequently plays music with her band "Yolanda Wisher and the Quick Fixx".

She was a fellow of the Cave Canem Foundation from 1999 to 2000 and has published in their anthology Gathering Ground (2013).

She received a Leeway Art and Change grant in 2008. and was the recipient of a Pew Center for Arts and Heritage grant for 2015.