Hydrangeas with fragile petals, crowded, diverse colors have created such beautiful and seductive kind of flower, which has became a source of creative inspiration in poetry. Hydrangeas symbolize gratitude and sincere emotions. And every poem about hydrangeas is a message, a story or a gift for your relatives and friends.

As well as other flowers: Sunflowers, tulips, lavenders, roses,… receiving a bouquet is the message the giver wants to express. Therefore, the bouquet of hydrangeas expresses the gratitude of the giver to the recipient and also a symbol representing anything that is sincere.

You bring them in, a trug of thundercloud,
neglected in long grass and the sulk
of a wet summer. Now a weight of wet silk
in my arms like her blue dress, a load
of night-inks shaken from their hair –
her hair a flame, a shadow against light
as long ago she leaned to kiss goodnight
when downstairs was a bright elsewhere
like a lost bush of blue hydrangeas.
You found them, lovely, silky, dangerous,
their lapis lazulis, their indigoes
tide-marked and freckled with the rose
of death, beautiful in decline.
I touch my mother’s skin. Touch mine.

Dragoons, I tell you the white hydrangeas turn rust and go soon.
Already mid September a line of brown runs over them.
One sunset after another tracks the faces, the petals.
Waiting, they look over the fence for what way they go.

Perhaps we never truly met
until I heard your voice of flowers
spill hydrangeas across the carpet
of my bedroom at 3 am.

Those whispers of nothingness
that smell oh so sweetly in the night
begin to wither away as sunrise creeps in
through the window I forgot to close tight.

we lost you in April
during the rains
it was as if the sky was grieving
we lost you right before the blooms
that awake during the crisp morning
we lost you, and it is April again
they speak to you now in silence
and in memory
we lost you…yes
maybe physically
but, I see you during the spring
where life is full and lush
I see you in the cardinals
they fly free in ribbons of gold
this is where I see you
among blue hydrangeas

We were beautiful children
And we grew up so brave,
We were touched by death and heartbreaks but we stayed just the same.

We listen to jazz all night and drink red wine,
Find ourselves adventure to pass the time,
We don’t talk much about the pain we’ve felt inside,
No more bumps in the road,
Just enjoying the ride.

Our love is too strong to carry weight of what’s gone,
We find peace in the sun,
And the belief of being young.

Love of mine in the world,
We are one in the same,
You can laugh while you’re crying and be childish when you lose games,
We are fine, we are okay,
We are in love,
And our children someday will be just like us.

like hydrangeas,
you must allow yourself to bleed.
to fade from one truth
to another like from
blue to purple to pink.

11, Hydration For The Hydrangeas by Tatiana

See those plots of earth where roses once grew?
I planted them when I was 18 and my sister was 22.
Her’s blossomed nicely every year,
While mine turned brown and stark
Like winter-borne deer.

See those bushes with fragile twigs and no leaves?
They were lilacs whose bright green leaves danced in the breeze.
My favorite flower of them all
I let fall victim to decay,
With the ruthless mindset of fall.

See the tree that has split in half?
It once stopped the sun from beating down on the path.
A storm blew through 5 years ago,
And I haven’t had the strength to take care of it.
Even though it’s broken, I can’t let it go.

See those flowers that are still intact?
The hydrangeas survived because I made a pact.
I promised to watch over those special flowers
Offering hydration for the hydrangeas
With tears from my loneliest hours.

In the place of your kin I found you,
In the meadow left out to dry
Your porcelain face,
Glazed in white, glassy blood.
No carmine kiss had spoilt it
On the eve of its last breath,
But the flood, the flush
Of bluish-purple life-fluids
Decaying within your chest.

Hydrangeas will grow from the tears you wept,
And the crows will carry off the bones you left.
Is it best for your love to run out,
Rather than be caressed by death?

Pull of gravity drawn on the senses, hydrangea scent
Fragrance bliss, orgasmic burst, flowering forth
Explains beauty one petal at a time in naked white
Flavors come on nasal whiffs in flight
Fragile buds nod to blossoms under the glacial moon
Delicately delicious invisible friends seen once again
Spread up ahead on garden paths
On wings of spring
Past the river, nature at its best begins
When growing wild in the woods
Blossoms form, born perfect just in time
Birth of aroma, breath inhales, forgets to let it go
Love on the stem and leaves fill up imaginations
Displayed on gray days, nature dances, pollen laughs
Garden mesmerized, on its knees, satiated under breeze
Earth submits, to the tease, seasons color strokes
Memory knows flowers from the dirt
Moves the Earth to drink it in
Discerning, blown open, flirting with the wind
Without a voice without a sound on softer ground
Spoken only on the breeze in leisure
Tranquil undergrowth abounds
Honey layered, thick as lust
Purer than a woman’s womb
Thrusting forth perfumes
Hydrangeas fill the need of spring
Shimmer under moon light in naked white
Light up mid night for those who want to know
Aromas are not allowed to lie in flower beds
They seek out noses on their own and spread
Hydrangeas know exactly what to do
While filling up exhausted souls, exhaling truth
Before the beauty, love comes first

Just like the last green in a colour pot
So are these leaves, withered and wrecked
Behind the flower umbels, which reflect
A hue of blue only, more they do not.

Reflections are tear-stained, inaccurate,
As if they were about to cease,
And like old blue notepaper sheets
They wear some yellow, grey and violet,

Washed-out like on a children’s apron,
Outworn and now no more in use:
We contemplate a small life’s short duration.

But suddenly some new blue seemingly is seen
In just one umbel, and we muse
Over a moving blue delighting in the green.

Mop-headed transplant from late summer,
hydrangea macrophylla, blue wave,
you were colorless when I brought you home,
as if the ocean had travelled a great distance
and washedout in your veins

He called hydrangeas purple. And they were.
Not fixed and deadly, (like a curving line
That merely makes a ring).
It was a purple changeable to see.
And so hydrangeas came to be.

“Blue hydrangea, cold cash, divine,
cashmere, cologne and white sunshine.
Red racing cars, Sunset and Vine,
the kids were young and pretty.
Where have you been?
Where did you go?
[…]The power of youth is on my mind,
sunsets, small town, I’m out of time.
will you still love me when I shine,
from words but not from beauty?”

I’m not the guy you’d want to live with.
Take small talk—I’m no good, and when
you told me your hydrangeas bloomed
(puffs of powder blue outside the door)
I could barely nod, much less smile.
Take smiles—they seem so natural,
even my dog smiles, but me, I need
reminding that it’s time to get
those muscles working right. As for work—
I want things done, but when I’m pushed
I get exhausted before I try.
Although, I did try. Lord, didn’t I?

I’d like some grace: Take things in stride.
Like entering a room and if, say,
my shirt comes loose (the turquoise one
that reminds you of my eyes), I want
to slip it back beneath my belt with a wink
that says I can’t seem to keep myself together
and you’d know I was lying. In fact, I’d speak
all lies, beneath each one a truth you’d
recognize. My frown, a smile. The tilt
of my head, what words could never say.
Like those hydrangeas. Without you, no
blooms this year. And they’re hardly missed.

Pale pink hydrangeas cheered up drain-grey city streets
This morning as I, tired, trudged grudgingly to work,
A blob of brightness, that a laughing abstract artist
Daubed on his pallid canvas to provoke some puzzlement
Amongst the casual weekend-wasting gallery goers
But, like the impish impressionist’s intent to catch the eye
And impel the absent-minded passerby to pause,
Those garish bracts bewitched my once-distracted gaze
To glimpse the other pinks that hid, apologetically,
Beside the drab-stone, slab-stone, flagstone pavement
And, as shy roses, wilful willow-herb and brazen buddleia
Emerged to lilt their pastel-petalled counterpoint
Beneath the humdrum drumbeat of a London morning,
My tiresome trudge to work became a waltz
Amongst the hidden floral harmonies of urban life.

So like that last bit green in artists’ paint-pots
are these here leaves, dry and coarse and raw
behind the flowers’ umbels, whose blueness
isn’t from the petals but’s reflected from afar.

Reflected inexact and washed with tears
as if it wants to lose it in its turn,
and like in writing paper, old and blue
violet is in them, and grey and yellow too.

Washed out as if from out a child’s apron
with which nothing more will happen, no longer worn:
how we feel the shortness of one small life.

But suddenly, the blue seems to renew
itself among the umbels, and then you see
a touching blueness cheer before the green.

O hydrangea-
you change and change
back to your primal color.

I regret that I’m not a beast,
running along a blue path,
telling myself to believe,
and my other self to wait a little,
I’ll go out with myself to the forest
to examine the insignificant leaves.
I regret that I’m not a star,
running along the vaults of the sky,
in search of the perfect nest
it finds itself and earth’s empty water,
no one has ever heard of a star giving out a squeak,
its purpose is to encourage the fish with its silence.
And then there’s this grudge that I bear,
that I’m not a rug, nor a hydrangea.
I regret I’m not a roof,
falling apart little by little,
which the rain soaks and softens,
whose death is not sudden.
I don’t like the fact that I’m mortal,
I regret that I am not perfect.
Much much better, believe me,
is a particle of day a unit of night.
I regret that I’m not an eagle,
flying over peak after peak,
to whom comes to mind
a man observing the acres.
I regret I am not an eagle,
flying over lengthy peaks,
to whom comes to mind
a man observing the acres.
You and I, wind, will sit down together
on this pebble of death.
It’s a pity I’m not a grail
I don’t like that I am not pity.

5 / 5 ( 1 vote )
Did you enjoy the the artible “24 Poems About Hydrangea Flowers: Gratitude and Sincere Feelings” from Top Poems on OZOFE.COM? Do you know anyone who could enjoy it as much as you do? If so, don't hesitate to share this post to them and your other beloved ones. 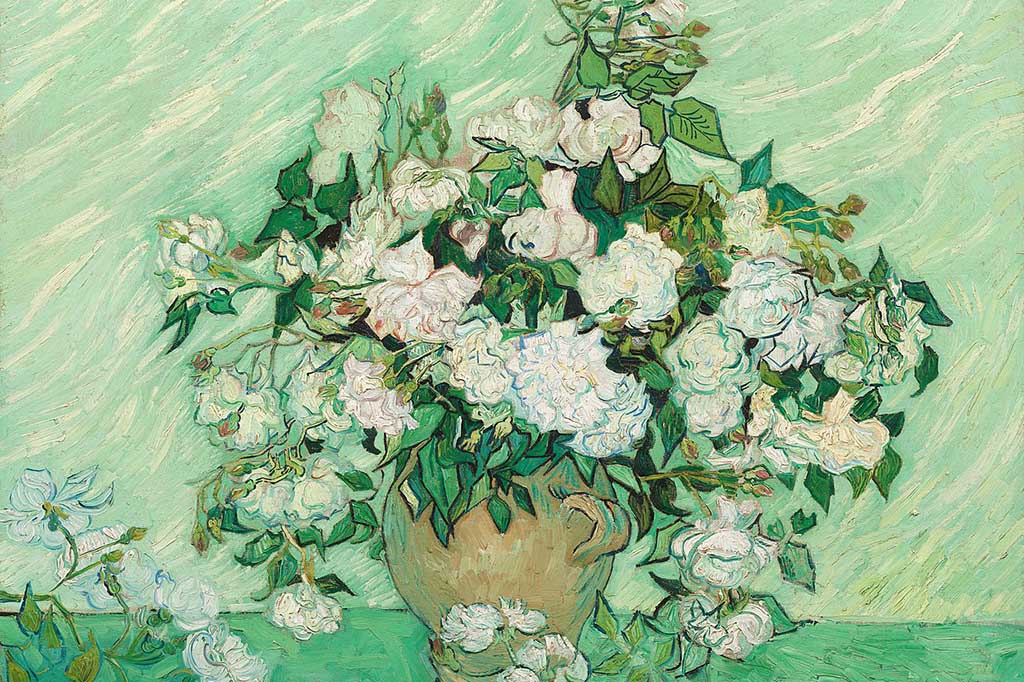 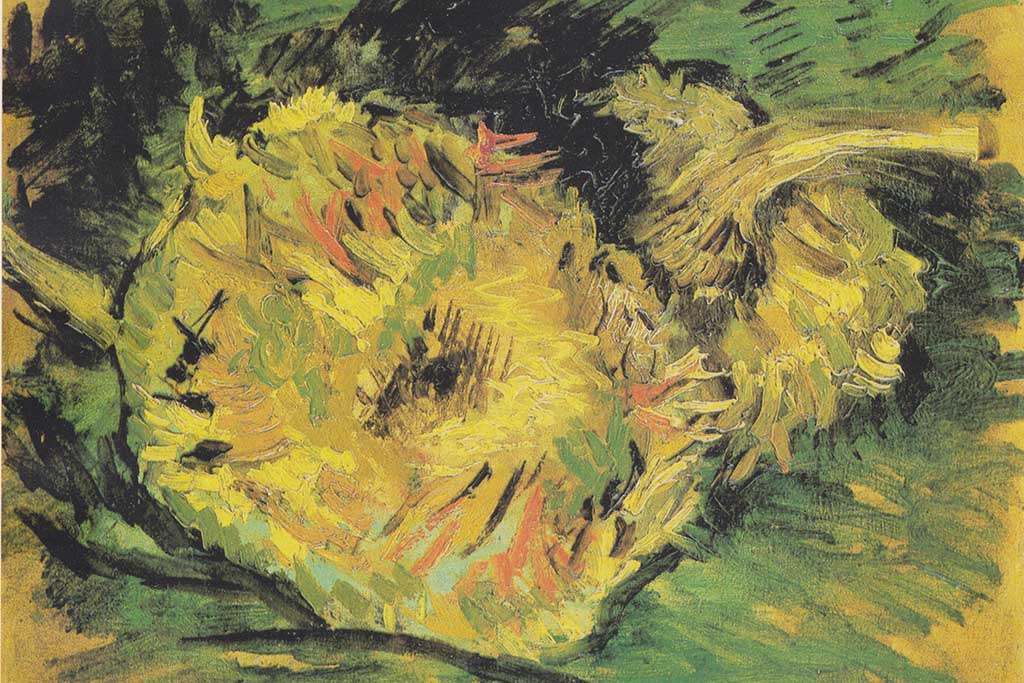