Not only nieces, but nephews also have special feelings for their aunts. An aunt is an extraordinary companion, an older but very important friend to him in the family. Most important of all, she’s like a second nurturing mother, a big sister for games, a best-kept secret keeper, or a companion ready for adventures.

An aunt plays a trusted mentor to a child that they can turn to when their parents are absent. The aunt and nephew relationship is very special because even though the aunt is an elder, she understands her nephews well and makes friends easily. With the nieces and nephews in the family, the aunt is willing to become a mother and a friend, open her heart to share, or sometimes spend leisure time together.

Below, we have very beautiful and meaningful aunt poems from a nephew dedicated to his aunt. Those are poems with special affection and wholehearted love for the aunt. The aunt will definitely appreciate the message and the respect from the heart that her nephew express through the poems. 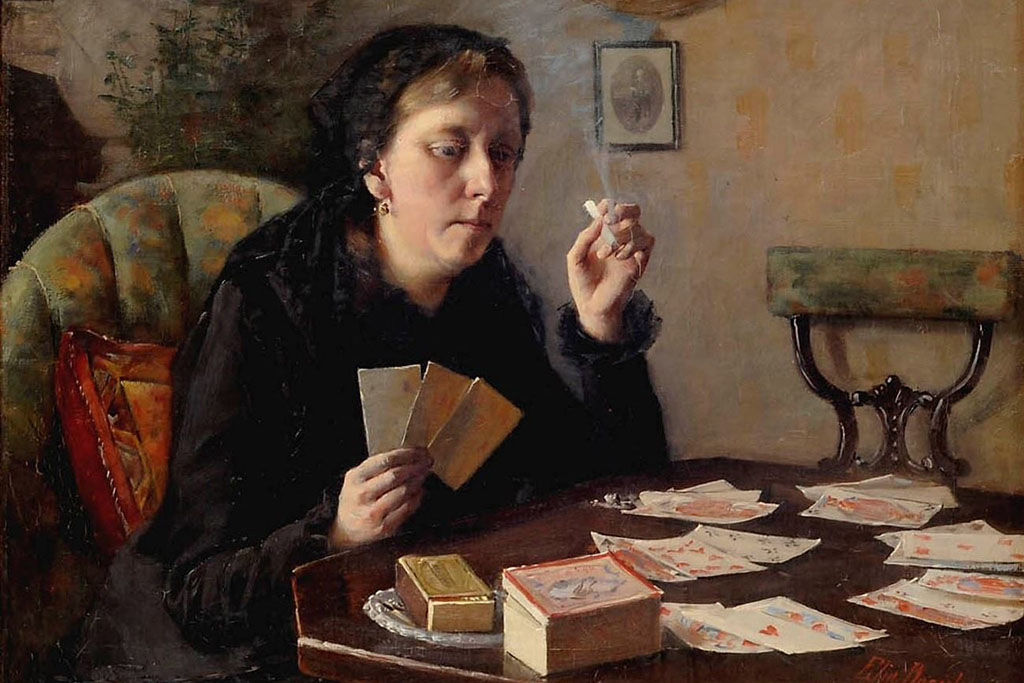 What a person!!
A loving soul with a pure heart
Always thinking about others
She loves her family and society
She would do anything for her family and society
She’s an angel sent by God to us
Her voice is harmless
Her voice heal even a broken heart
Wow!!
I love this soul
She’s so kind and loving
She never judge
She never shout
But she always correct in a good manner
She’s so understanding
Wow!! I’ve never seen such soul
In this world
She’s so loving
She’s the mother of all children
Every member of the society know her
You her blood or not, she help
Always thinking about others
I’m luck to be with her
Moreover I’m luck to be her grandson
She’s a medicine to every sickness

Aunt Julia spoke Gaelic
very loud and very fast.
I could not answer her —
I could not understand her.

She wore men’s boots
when she wore any.
— I can see her strong foot,
stained with peat,
paddling with the treadle of the spinningwheel
while her right hand drew yarn
marvellously out of the air.

Hers was the only house
where I’ve lain at night
in the absolute darkness
of a box bed, listening to
crickets being friendly.

She was buckets
and water flouncing into them.
She was winds pouring wetly
round house-ends.
She was brown eggs, black skirts
and a keeper of threepennybits
in a teapot.

Aunt Julia spoke Gaelic
very loud and very fast.
By the time I had learned
a little, she lay
silenced in the absolute black
of a sandy grave
at Luskentyre. But I hear her still, welcoming me
with a seagull’s voice
across a hundred yards
of peatscrapes and lazybeds
and getting angry, getting angry
with so many questions
unanswered.

The people who sang to their children in Yiddish and worked in Yiddish
and made love in Yiddish are nearly all gone. Phantasmic. Heym.

Der may kumt shoyn on. The month of May has arrived. At the cemetery
my aunt has already draped my grandmother’s half of the tombstone

with a white sheet. The fabric is tacked to the polished granite
by gray and brown rocks lifted from my grandfather’s side of the plot.

He’s been gone over twenty-five years. We are in Beth Israel Cemetery,
Block 50, Woodbridge, New Jersey for the unveiling and the sky is like lead.

We are in my grandmother’s shtetl in Poland, but everyone is dead.
The Fraternal Order of Bendin-Sosnowicer Sick & Benevolent Society

has kept these plots faithfully next to their Holocaust memorial—
gray stone archway topped with a menorah and a curse: Pour out Thy wrath

upon the Nazis and the wicked Germans for they have destroyed the seed of Jacob.
May the almighty avenge their blood. Great is our sorrow, and no consolation is to be found!

My sister, in her cardboard kippah, opens her prayer book—a special edition
she borrowed from rabbinical school—and begins to read in Aramaic.

Not one of us can bring ourselves to add anything to the fixed liturgy.
My son is squatting at the next grave over, collecting decorative stones

from the Glickstein’s double plot. We eat yellow sponge cake and drink
small cups of brandy to celebrate my grandmother’s life. We are no longer mourners,

says Jewish law. Can we tell this story in Yiddish? Put the words in the right places?
My son cracks a plastic cup until it’s shredded to strips, looks like a clear spider,

sounds like an error. When my sister finally pulls back the sheet, all the things
my grandmother was barely fit on the face of the marker. A year ago at the funeral,

her friend Goldie told me she was strong like steel, soft like butter—women like that
they don’t make any more. My mother tries to show my grandmother—now this gray marker—

my son, how he’s grown, but he squirms from her arms. Ihr gvure iz nit tzu beshraiben.
Her strength was beyond description. The people who sang to their children in Yiddish

and admonished them in Yiddish are nearly all gone, whole vanished towns that exist now
only in books, their maps drawn entirely by heart: this unknown continent, this language

of nowhere, these stones from a land that never was. Der may kumt shoyn on.
The month of May has arrived. Der vind voyet. The wind howls,

says I’m not a stranger anywhere. On the stones we write all we remember,
but we are poor guardians of memory. Can you say it in Yiddish? Can you bless us?

“Go tell Aunt Mary
All the poppycot;
She may lie in coffin place.
Good thing to rot
Lifetimes for discovery,
Mind is mental state
Ha and no recovery
Lie there Mary wait
Who can hear your ear
Or bring a tongue to bat
Perhaps some other year
Your brain will come to that
Or this which was uncertain
In a universe of chance
Mary, Mary of the wind
Come dance!
Bury me in nettle
That my truth will show.
Where’s the bright tea kettle
And the pompous know?
Where’s your furs and bangles
And the bright star gloated
I have lost the angles
To the voyage we charted
Mary, Mary, Mary
Of the concubine
Lie there in your coffin place
One of them is mine.”

7, Love Such as That © John Wright

I really don’t why my thoughts were upon
my Aunt Nora these past few days
She always made the best sugar cookies
nobody has ever matched in their own batch
I would go there with brother, dad and mom
She had a pump organ that brother and I would play
and sing songs and just carry on, while the adults
where laughing and drinking coffee in the other room
Their background talk and laughter flowed into my ears
even after all these years it never slipped away
love such as that as child is still mixed in

Dear aunt! If I only would take her advice!
But I like my own way, and I find it so nice
And besides, I forget half the things I am told;
But they all will come back to me – when I am old.

If a youth passes by, it may happen, no doubt,
He may chance to look in as I chance to look out;
She would never endure an impertinent stare, –
It is horrid, she says, and I must n’t sit there.

A walk in the moonlight has pleasures, I own,
But it is n’t quite safe to be walking alone;
So I take a lad’s arm, – just for safety, you know, –
But Aunt Tabitha tells me they did n’t do so.

How wicked we are, and how good they were then!
They kept at arm’s length those detestable men;
What an era of virtue she lived in! – But stay –
Were the men all such rogues in Aunt Tabitha’s day?

If the men were so wicked, I ‘ll ask my papa
How he dared to propose to my darling mamma;
Was he like the rest of them? Goodness! Who knows?
And what shall I say, if a wretch should propose?

I am thinking if Aunt knew so little of sin,
What a wonder Aunt Tabitha’s aunt must have been!
And her grand-aunt – it scares me – how shockingly sad
That we girls of to-day are so frightfully bad!

A martyr will save us, and nothing else can;
Let me perish – to rescue some wretched young man!
Though when to the altar a victim I go,
Aunt Tabitha ‘ll tell me she never did so.

“Yes, I do have plans for my future my dear aunt.”
I say, after I see her put her cup down and look at me
with sympathy and resentment.
“How can we not worry.
It is your future we are talking about.”

Actually, I never had these conversation,
at least not with my aunt.
I never had such an aunt to bother me.
But there are relatives and other faces
that I am hiding under the name of a non-existent aunt.
Sometimes it is me who is hiding under that name instead.

I am handed down spare maps
that I am supposed to study and follow.
Mark my route and choose someone
who could help me get up in the morning
even if it out of hatred.
I am sure it will be hatred
because I have seen no one one who has sorted their life
to wake up feeling that they have done it right.

My bitterness might make me seem like
a remainder of uneasy and uncomfortable families,
but it is not so.
There are just too many non-existent aunts in our house
who thinks we could have done better, chosen better,
lived better-
if only we could get our act together
and stopped acting like the world owes us some kind of happiness.

This constant re-evaluation of life
and its result coming out as failure every time
makes everything we live with
and everyone we choose as a mistake.
What is this “better” that doesn’t let us live?

Needing one, I invented her –
The great-great-aunt dark as hickory
Called Shining-Leaf, or Drifting-Cloud
Or The-Beauty-of-the-Night.

Dear aunt, I’d call into the leaves,
And she’d rise up, like an old log in a pool,
And whisper in a language only the two of us knew
The word that meant follow,

And we’d travel
Cheerful as birds
Out of the dusty town and into the trees
Where she would change us both into something quicker –
Two foxes with black feet,
Two snakes green as ribbons,
Two shimmering fish – and all day we’d travel.

At day’s end she’d leave me back at my own door
With the rest of my family,
Who were kind, but solid as wood
And rarely wandered. While she,
Old twist of feathers and birch bark,
Would walk in circles wide as rain and then
Float back

Scattering the rags of twilight
On fluttering moth wings;

Or she’d slouch from the barn like a gray opossum;

Or she’d hang in the milky moonlight
Burning like a medallion,

This bone dream, this friend I had to have,
This old woman made out of leaves.

5/5 (1 vote)
Did you enjoy the the artible “15+ Aunt’s Poems From Nephew Touching, Meaningful & Loving” from Top Poems on OZOFE.COM? Do you know anyone who could enjoy it as much as you do? If so, don't hesitate to share this post to them and your other beloved ones. 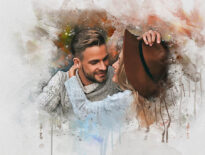 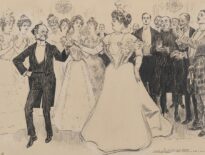