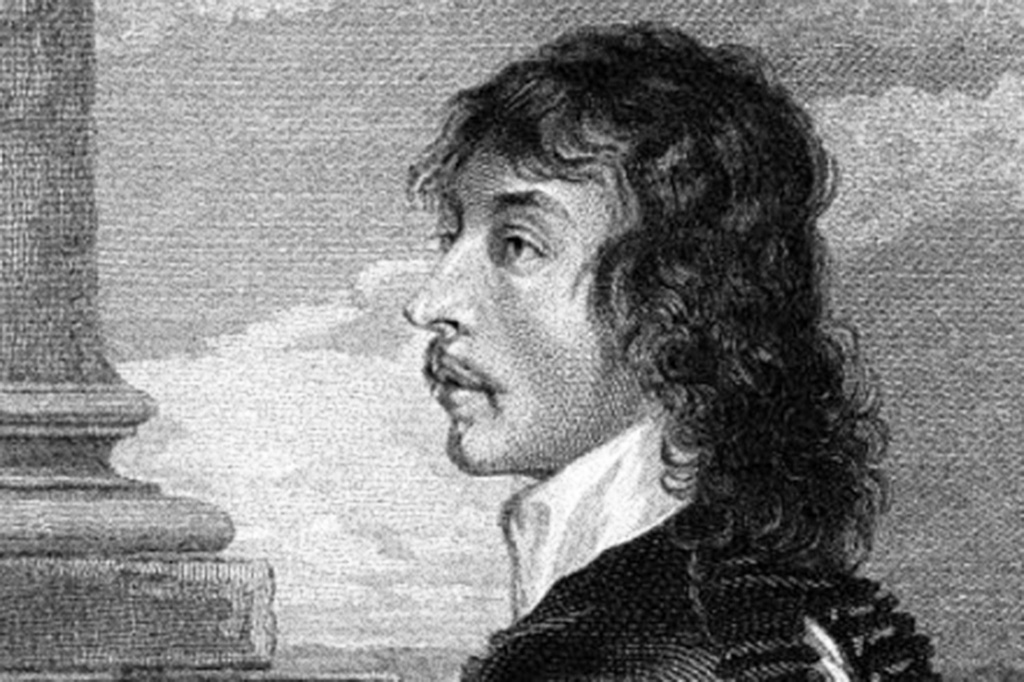 Thomas Carew (pronounced as "Carey") (1595 – 22 March 1640) was an English poet, among the 'Cavalier' group of Caroline poets. He was the son of Sir Matthew Carew, who was a master in chancery, and Alice Carew the daughter of the Lord Mayor of London. Although details of Carew’s early life are sparse, it is likely that he was the third of eleven children born to a couple.

The first real record of his life comes from when he was thirteen years old, in 1608. He had just matriculated at Merton College, Oxford. It was from here that he graduated with a BA. In 1611. From Oxford, the young man moved onto Middle Temple to study law. After falling ill of his father, Carew was sent to Italy to live as a member of Sir Dudley Carleton’s household. Carleton was a diplomat and one-time Secretary of State. It is known that in 161 when Carleton was working at the Hague, Carew was with him.

His position with the diplomat did not last long as he was dismissed later that same year for not slander and a lack of seriousness. It took a great deal of time before he could find another job. Eventually, the young man entered the service of Edward Herbert, Baron Herbert of Cherbury. He trailed alongside the Baron in France on diplomatic missions.

The next period of his life is also sparse on details. It is likely that around 1630 Carew was made a taster-in-ordinary to King Charles I. In this piston, he made a number of friends, including Edward Hyde and Ben Jonson. It is thought that Carew’s life ended somewhere around 1639 due to the publication of his volume of verse, Poems, which appeared in 1640 and seemed to be of a posthumous nature. Carew’s poetry in this volume is characterized by its lyrics, songs, and pastorals, as well as elegies and addresses. They mostly touch on subjects of love and feminine beauty.

Carew's poems are sensuous lyrics. They open to us, in his own phrase, "a mine of rich and pregnant fancy." His metrical style was influenced by Jonson and his imagery by Donne, for whom he had an almost servile admiration. Carew had a lucidity and directness of lyrical utterance unknown to Donne. It is perhaps his greatest distinction that he is the earliest of the Cavalier song-writers by profession, of whom John Wilmot, Earl of Rochester, was a later example, poets who turned the disreputable incidents of an idle court-life into poetry which was often of the rarest delicacy and the purest melody and colour. The longest of Carew's poems, "A Rapture," would be more widely appreciated if the rich flow of its imagination were restrained by greater reticence of taste. A testimonial to his posterity is that he was analyzed by 19th century critics such as Charles Neaves, who even two centuries later found Carew on the sensuous border of propriety.

Since his death, Carew has come to be known as a writer of sensuous lyrics and a man whose mind was rich with creativity. He was greatly inclined by fellow poets John Donne and Ben Jonson and it was his longest poem, ‘A Rapture,’ which would become one of his best-known. Today he is considered one of the foremost, historical figures in English literature.