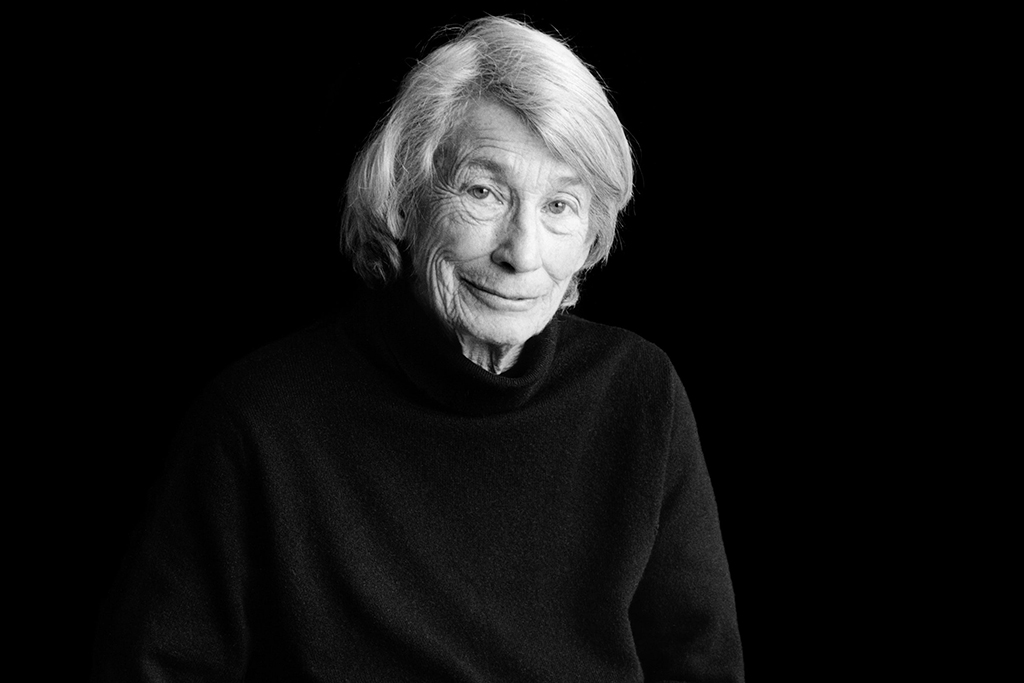 Mary Jane Oliver (September 10, 1935 – January 17, 2019) was an American poet who won the National Book Award and the Pulitzer Prize. In 2007 The New York Times described her as "far and away, this country's best-selling poet."

Mary Oliver was born to Edward William and Helen M. (Vlasak) Oliver on September 10, 1935, in Maple Heights, Ohio, a semi-rural suburb of Cleveland. Her father was a social studies teacher and an athletics coach in the Cleveland public schools. As a child, she spent a great deal of time outside where she enjoyed going on walks or reading. In an interview with the Christian Science Monitor in 1992, Oliver commented on growing up in Ohio, saying

In 2011, in an interview with Maria Shriver, Oliver described her family as dysfunctional, adding that though her childhood was very hard, by writing it helped her create her own world. Oliver revealed in the interview with Shriver that she had been sexually abused as a child and had experienced recurring nightmares.

Oliver began writing poetry at the age of 14. She graduated from the local high school in Maple Heights. In the summer of 1951 at the age of 15 she attended the National Music Camp at Interlochen, Michigan, now known as Interlochen Arts Camp, where she was in the percussion section of the National High School Orchestra. At 17 she visited the home of the late Pulitzer Prize-winning poet Edna St. Vincent Millay, in Austerlitz, New York, where she then formed a friendship with the late poet's sister Norma. Oliver and Norma spent the next six to seven years at the estate organizing Edna St. Vincent Millay's papers.

Oliver studied at The Ohio State University and Vassar College in the mid-1950s, but did not receive a degree at either college.

She worked at ''Steepletop '', the estate of Edna St. Vincent Millay, as secretary to the poet's sister. Oliver's first collection of poems, No Voyage and Other Poems, was published in 1963, when she was 28. During the early 1980s, Oliver taught at Case Western Reserve University. Her fifth collection of poetry, American Primitive, won the Pulitzer Prize for Poetry in 1984. She was Poet In Residence at Bucknell University (1986) and Margaret Banister Writer in Residence at Sweet Briar College (1991), then moved to Bennington, Vermont, where she held the Catharine Osgood Foster Chair for Distinguished Teaching at Bennington College until 2001.

She won the Christopher Award and the L. L. Winship/PEN New England Award for her piece House of Light (1990), and New and Selected Poems (1992) won the National Book Award. Oliver's work turns towards nature for its inspiration and describes the sense of wonder it instilled in her. "When it's over," she says, "I want to say: all my life / I was a bride married to amazement. I was the bridegroom, taking the world into my arms." ("When Death Comes" from New and Selected Poems (1992).) Her collections Winter Hours: Prose, Prose Poems, and Poems (1999), Why I Wake Early (2004), and New and Selected Poems, Volume 2 (2004) build the themes. The first and second parts of Leaf and the Cloud are featured in The Best American Poetry 1999 and 2000, and her essays appear in Best American Essays 1996, 1998 and 2001.

Mary Oliver's poetry is grounded in memories of Ohio and her adopted home of New England, setting most of her poetry in and around Provincetown after she moved there in the 1960s. Influenced by both Whitman and Thoreau, she is known for her clear and poignant observances of the natural world. In fact, according to the 1983 Chronology of American Literature, the "American Primitive," one of Oliver's collection of poems, "...presents a new kind of Romanticism that refuses to acknowledge boundaries between nature and the observing self." Her creativity was stirred by nature, and Oliver, an avid walker, often pursued inspiration on foot. Her poems are filled with imagery from her daily walks near her home: shore birds, water snakes, the phases of the moon and humpback whales. In Long life she says "[I] go off to my woods, my ponds, my sun-filled harbor, no more than a blue comma on the map of the world but, to me, the emblem of everything." She commented in a rare interview "When things are going well, you know, the walk does not get rapid or get anywhere: I finally just stop, and write. That's a successful walk!" She said that she once found herself walking in the woods with no pen and later hid pencils in the trees so she would never be stuck in that place again. She often carried a 3-by-5-inch hand-sewn notebook for recording impressions and phrases. Maxine Kumin called Oliver "a patroller of wetlands in the same way that Thoreau was an inspector of snowstorms." Oliver stated that her favorite poets were Walt Whitman, Rumi, Hafez, Ralph Waldo Emerson, Percy Bysshe Shelley and John Keats.

Oliver has also been compared to Emily Dickinson, with whom she shared an affinity for solitude and inner monologues. Her poetry combines dark introspection with joyous release. Although she was criticized for writing poetry that assumes a dangerously close relationship between women and nature, she found that the self is only strengthened through an immersion with nature. Oliver is also known for her unadorned language and accessible themes. The Harvard Review describes her work as an antidote to "inattention and the baroque conventions of our social and professional lives. She is a poet of wisdom and generosity whose vision allows us to look intimately at a world not of our making."

On a return visit to Austerlitz, in the late 1950s, Oliver met photographer Molly Malone Cook, who would become her partner for over forty years. In Our World, a book of Cook's photos and journal excerpts Oliver compiled after Cook's death, Oliver writes, "I took one look [at Cook] and fell, hook and tumble." Cook was Oliver's literary agent. They made their home largely in Provincetown, Massachusetts, where they lived until Cook's death in 2005, and where Oliver continued to live until relocating to Florida. Oliver valued her privacy and gave very few interviews, saying she preferred for her writing to speak for itself. Of Provincetown she recalled, "I too fell in love with the town, that marvelous convergence of land and water; Mediterranean light; fishermen who made their living by hard and difficult work from frighteningly small boats; and, both residents and sometime visitors, the many artists and writers.[...] M. and I decided to stay."

In 2012, Oliver was diagnosed with lung cancer, but was treated and given a "clean bill of health". She ultimately died of lymphoma on January 17, 2019, at her home in Florida at the age of 83.

Maxine Kumin describes Mary Oliver in the Women's Review of Books as an "indefatigable guide to the natural world, particularly to its lesser-known aspects." Reviewing Dream Work for The Nation, critic Alicia Ostriker numbered Oliver among America's finest poets: "visionary as Emerson [... she is] among the few American poets who can describe and transmit ecstasy, while retaining a practical awareness of the world as one of predators and prey." New York Times reviewer Bruce Bennetin stated that the Pulitzer Prize–winning collection American Primitive, "insists on the primacy of the physical" while Holly Prado of Los Angeles Times Book Review noted that it "touches a vitality in the familiar that invests it with a fresh intensity."

Vicki Graham suggests Oliver over-simplifies the affiliation of gender and nature: "Oliver's celebration of dissolution into the natural world troubles some critics: her poems flirt dangerously with romantic assumptions about the close association of women with nature that many theorists claim put the woman writer at risk." In her article "The Language of Nature in the Poetry of Mary Oliver", Diane S. Bond echoes that "few feminists have wholeheartedly appreciated Oliver's work, and though some critics have read her poems as revolutionary reconstructions of the female subject, others remain skeptical that identification with nature can empower women." In The Harvard Gay & Lesbian Review, Sue Russell notes that "Mary Oliver will never be a balladeer of contemporary lesbian life in the vein of Marilyn Hacker, or an important political thinker like Adrienne Rich; but the fact that she chooses not to write from a similar political or narrative stance makes her all the more valuable to our collective culture."

Non-fiction Books And Other Collections