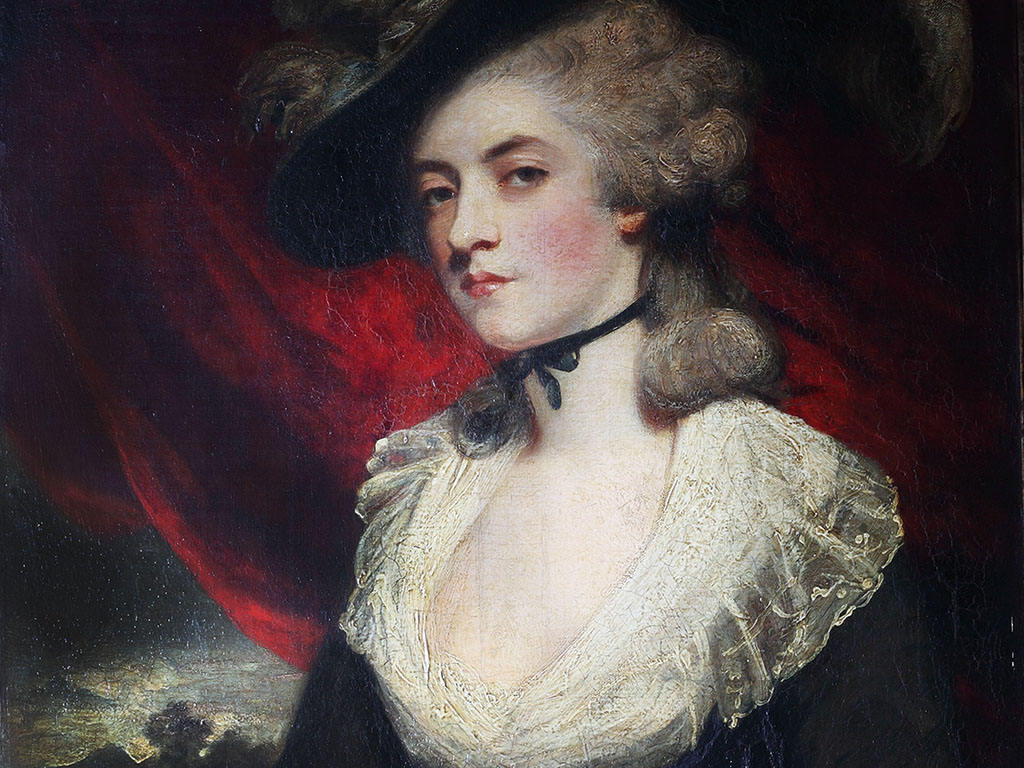 Mary Robinson (née Darby; 27 November 1757 – 26 December 1800) was an English actress, poet, dramatist, novelist, and celebrity figure. She lived in England, in the cities of Bristol and London; she also lived in France and Germany for a time.

Every event of my life has more or less been marked by the progressive evils of a too acute sensibility.Mary Darby Robinson, The Memoirs of Mary Robinson, p. 8

If Mary Darby Robinson's life was marked by the acute sensibility which she claimed for herself, it was also marked by a degree of instability and unpredictability that would have encouraged many people to indulge in strong hysterics, whatever their sensibilities!

Mary Darby was born in Bristol on 27 November 1757 (1), the daughter of Nicholas Darby, a merchant sailor, and his wife Hester, who was thought to have married beneath her. Mary had two brothers, John and George, who survived into adulthood.

Mary was educated in Bristol, at a school run by Hannah More and her sisters. In 1765, Darby left to try to establish fisheries on the Labrador coast. The enterprise failed and they were forced to sell the family home. Mary’s parents separated and Mary went to live in London with her mother.

Marriage or the stage

Mary was introduced to David Garrick who coached her for the stage. But before Mary’s theatrical career could get started, she was persuaded to marry Thomas Robinson, an articled clerk with good prospects. Robinson and Mary were married on 12 April 1773, but it soon transpired that Robinson had lied and his future prospects had been grossly exaggerated. He proved to be an unreliable and unfaithful husband.

On 18 October 1774, Mary gave birth to a daughter, Maria Elizabeth, who was Mary’s constant companion for the rest of her life – her “adored and affectionate secondself”. A second daughter, Sophia, was born in May 1777, but died from convulsions as a baby.

Mary was very attractive with curly, dark auburn hair and soft blue eyes. George, Prince of Wales, became obsessed with her after seeing her in the role of Perdita in Florizel and Perdita, on 3 December 1779. The Prince embarked on a passionate correspondence, styling himself as Florizel to Mary’s Perdita.

George and Mary became lovers after he gave her a bond for £20,000 to be paid on his majority. At the Prince’s urging and to help reduce the bad press they were getting, Mary gave up her career, performing for the last time on 31 May 1780. But by the end of the year, the affair was over. The fickle Prince had transferred his affections to the courtesan, Elizabeth Armistead.

Mary’s illness forced her to adopt a new way of life. Back in 1775, she had published a book of her poems and gained the patronage of the Duchess of Devonshire. Now she dedicated herself to writing.

Mary wrote profusely. She published more volumes of her poetry and wrote for different publications, such as The World, The Oracle and The Morning Post, using pseudonyms, such as Laura, Tabitha Bramble and The Sylphid, as well as her own name. She published several novels with feminist undertones and a feminist essay. She also wrote two plays and an opera, but these were not successful.

Mary also composed her Memoirs (4). Although they were predisposed in her own favour, they nevertheless represent an early instance of an English writer’s autobiography.