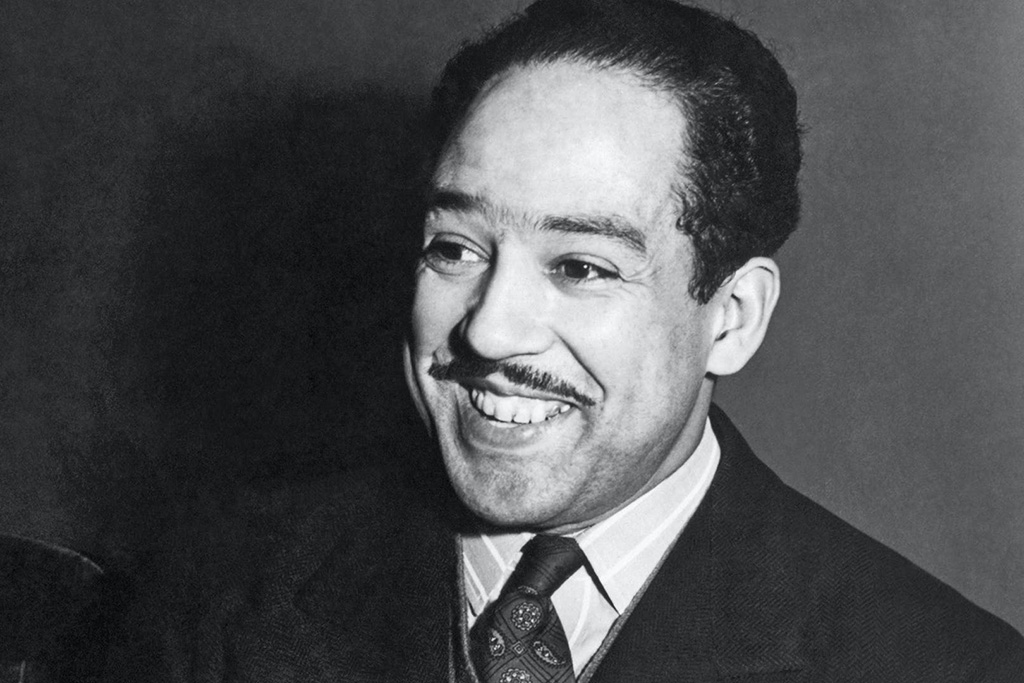 James Mercer Langston Hughes (February 1, 1901 – May 22, 1967) was an American poet, social activist, novelist, playwright, and columnist from Joplin, Missouri. One of the earliest innovators of the then-new literary art form called jazz poetry, Hughes is best known as a leader of the Harlem Renaissance. He famously wrote about the period that "the Negro was in vogue", which was later paraphrased as "when Harlem was in vogue."

You never know when someone else’s words may change your life. That’s what happened to a young poet, Langston Hughes. During the Great Depression, Hughes and a friend went to Daytona, Florida, to meet the famous African-American educator Mary McLeod Bethune. (The Mini Page featured Bethune in a July issue.) Bethune suggested that Hughes travel throughout the South, reading his poetry to earn a living. The idea seemed kind of crazy to him, but Bethune said: “People need poetry, especially our people.”

Hold fast to dreams, for if dreams die, life is a broken-winged bird that cannot fly.Langston Hughes

Weeks later, Langston Hughes decided to make poetry his career. A friend from his college days served as his driver and manager. They traveled through the South, holding poetry readings at colleges attended by African-Americans.

Langston Hughes wrote and read poetry that spoke of the experience of being black, that taught of the struggles of being black in a segregated United States and that gave a voice to a better life for black Americans.

His audiences were mostly AfricanAmerican college students. They welcomed his words, which moved them, made them angry and made them proud.

Hughes joined other writers who led an African-American cultural movement centered in New York. That movement was called the Harlem Renaissance, and Hughes became one of its most well-known troubadours. (A troubadour is a wandering artist or entertainer.)

Langston Hughes was born in Joplin, Missouri, in 1902. He started writing poetry as a teenager, when he lived with his grandmother in Lawrence, Kansas. He was lonely living there and found “the wonderful world in books.”

Hughes studied at Columbia University in New York City and then traveled to Africa and Europe as a crewman on ships. Eventually he earned a degree from Lincoln University in Pennsylvania, then returned to New York, where he lived for most of the rest of his life.

“Generally, the fi rst two or three lines come to me from something I’m thinking about, or looking at, or doing, and the rest of the poem... flows from those fi rst few lines. If there is a chance to put the poem down then, I write it down. If not, I try to remember it until I get to a pencil and paper; for poems are like rainbows: they escape you quickly,” Hughes wrote.

We’re sharing it here:
To fling my arms wide
In some place of the sun,
To whirl and to dance
Till the white day is done.
Then rest at cool evening
Beneath a tall tree
While night comes on gently,
Dark like me—
That is my dream!

To fling my arms wide
In the face of the sun,
Dance! Whirl! Whirl!
Till the quick day is done.
Rest at pale evening...
A tall, slim tree...
Night coming tenderly
Black like me.