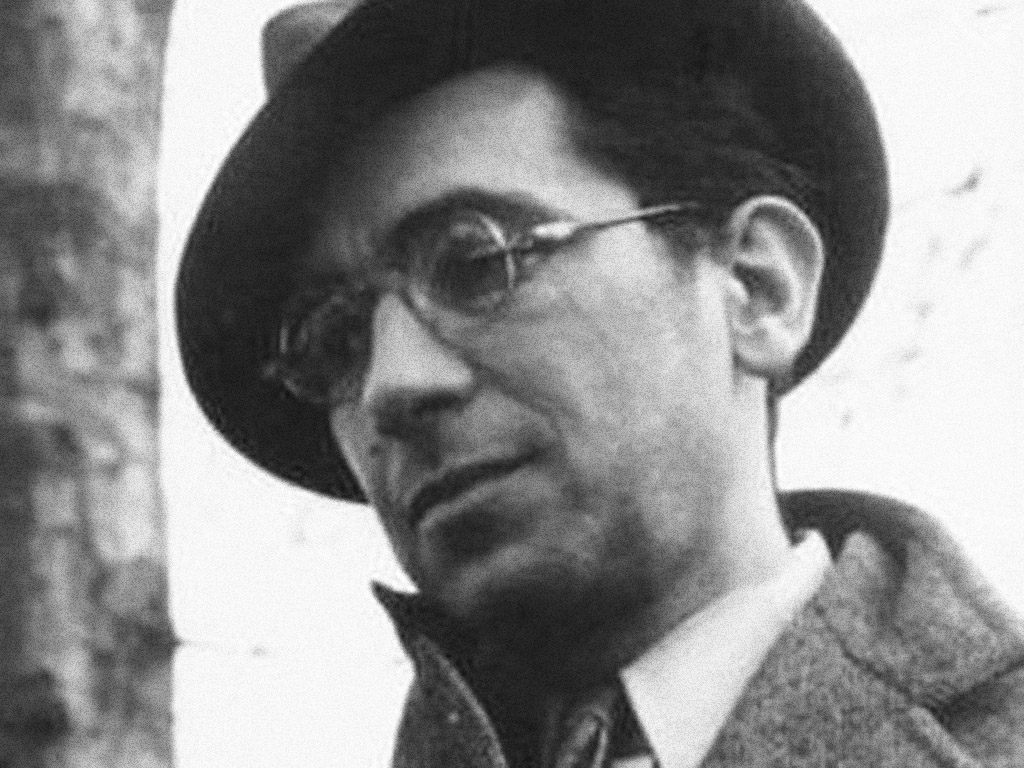 Kenneth Fearing, in full Kenneth Flexner Fearing, (born July 28, 1902, Oak Park, Illinois, U.S.—died June 26, 1961, New York, New York), was an American poet and novelist. A major poet of the Depression era, he addressed the shallowness and consumerism of American society as he saw it, often by ironically adapting the language of commerce and media. Critics have associated him with the American Left to varying degrees; his poetry belongs to the American proletarian poetry movement, but is rarely overtly political. Fearing published six original collections of poetry between 1929 and 1956. He wrote his best-known poems during the late 1920s and 1930s.

The writer Kenneth Fearing is best known to fans of film noir and crime fiction for his novel The Big Clock. The 1948 film version, scripted by Jonathan Latimer and directed by John Farrow, is a classic of paranoid, walls-closing-in storytelling. Paul Schrader included it in a list of pictures exemplifying what he called the second phase of the classic film noir cycle, “the postwar realistic period from 1945–’49.”

Fearing was a police reporter for the Chicago City Press and in the 1920s wrote pseudonymous titillation for “spicy” pulps Tattle Tales, Paris Nights, French Night Life Stories, and Snappy. More to the point for the highbrow readers of this publication, he penned barbed movie reviews for The New Masses magazine in the 1930s, where he identified with his readers, whom he described as “genuine, dyed-in-the-wool movie hopheads.” He wrote that though Hollywood “dream powder” was the “the lowest form of opiate on earth,” he still “[couldn’t] get enough of it.”

Fearing worked for a brief stint in the Time/Life empire. The Big Clock is set in a similar publishing monolith run by a murderous megalomaniac, a character who, probably not coincidentally, shares many traits with Henry Luce, co-founder of Time Magazine.

Fearing, on the other hand, was a radical leftist who had little sympathy for the rich and powerful Luce routinely courted. In his masterful survey American Poetry in the 20th Century, Kenneth Rexroth wrote that Fearing’s left-wing dada poetics recalled “a taxi driver reading a billboard while fighting traffic.” Rexroth opined, “No other American poet of his time so closely identified himself with the working class, with the lumpen proletariat, with the impoverished stratum of the underworld, with hustlers, grifters, ’nifties, yeggs, and thirsties,’ and no one else so completely immersed himself in the lingo of the mass culture.”

In her useful 1995 book The Great Depression and the Culture of Abundance: Kenneth Fearing, Nathaniel West, and Mass Culture in the 1930s, (which manages to compare the work of Fearing and West to the writings of Marxist philosopher Walter Benjamin without becoming mired in postmodernist pretension) the critic Rita Barnard notes, “Fearing’s novels all have something of a ‘film noir’ quality.”

The Crozart Story, published in 1960, is packed with characters so devious that a search for redeeming character traits is fairly pointless. These operators toil in public relations for powerful commercial and political interests at a company specializing in spreading misinformation and smears. A product of countless merg-ers, the firm is called United Great Famous Artists of the World, Inc. “Plant them and slant them” is how one of its operatives describes a job of dubious “news” leaks and spin control. Sort of as if Mad Men was scripted by Phillip K. Dick in his pre-sci-fi, but still plenty paranoid, social realist years, with more attention to polished prose.