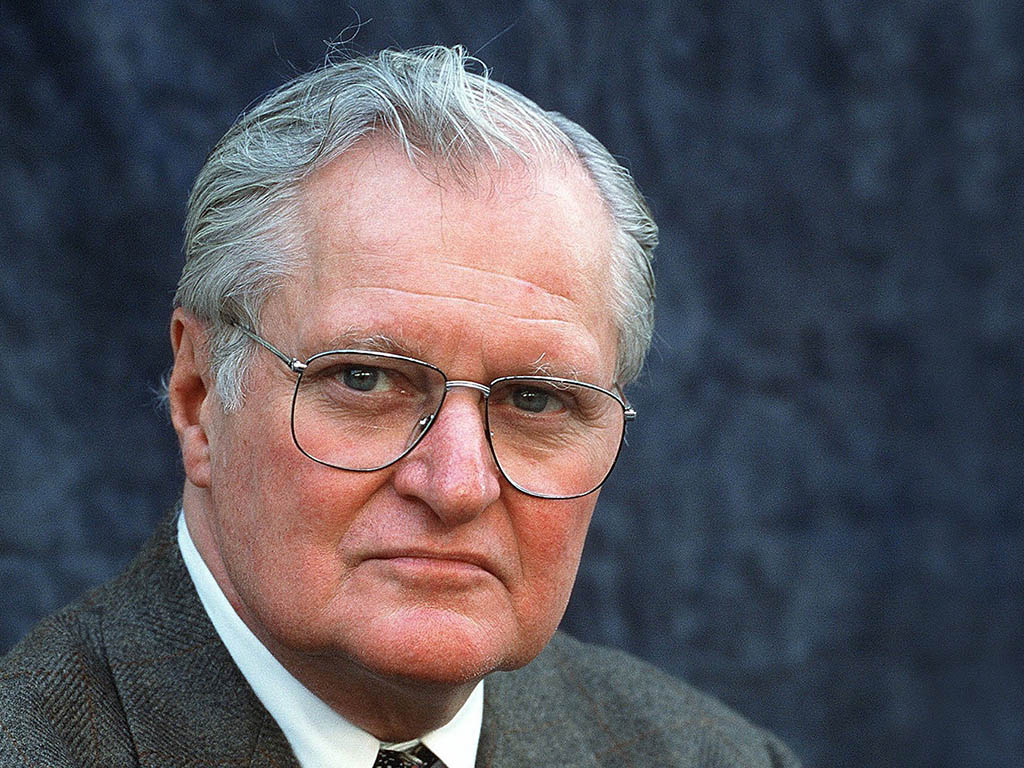 John Lawrence Ashbery (July 28, 1927 – September 3, 2017), American poet noted for the elegance, originality, and obscurity of his poetry. He is perhaps one of the best known Poets of the “New York School”. Ashbery graduated from Harvard in 1947 where he wrote a study on his favourite poet Wallace Stevens. The poetry of Stevens has influenced Ashbery’s own poetry, however his poetry is characterized by originality in both his form of poems and their content.

I write with experiences in mind, but I don’t write about them, I write out of them.John Ashbery

"No figure looms so large in American poetry over the past 50 years as John Ashbery," Langdon Hammer, chairman of the English Department at Yale University, wrote in 2008. "No American poet has had a larger, more diverse vocabulary, not Whitman, not Pound." Stephen Burt, a poet and Harvard professor of English, has compared Ashbery to T. S. Eliot, calling Ashbery "the last figure whom half the English-language poets alive thought a great model and the other half thought incomprehensible".

Ashbery was born in Rochester, New York, the son of Helen, a biology teacher, and Chester Frederick Ashbery, a farmer. He was raised on a farm; his brother died when they were children. Ashbery was educated at Deerfield Academy. At Deerfield, Ashbery read such poets as W. H. Auden and Dylan Thomas, and began writing poetry. Two of his poems were published in Poetry magazine, although under the name of a classmate who had submitted them without Ashbery's knowledge or permission. His first ambition was to be a painter. From the age of 11 until he was 15 Ashbery took weekly classes at the art museum in Rochester.

Ashbery graduated in 1949 with an A.B., cum laude, from Harvard College. Ashbery went on to study briefly at New York University, and received an M.A. from Columbia in 1951. In the early 1970s, Ashbery began teaching at Brooklyn College, where his students included poet John Yau. He was elected a Fellow of the American Academy of Arts and Sciences in 1983. In the 1980s, he moved to Bard College. Jr., Professor of Languages and Literature, until 2008, when he retired; since that time, he has continued to win awards, present readings, and work with graduate and undergraduates at many other institutions. He was the poet laureate of New York State from 2001 to 2003, and also served for many years as a chancellor of the Academy of American Poets. He serves on the contributing editorial board of the literary journal Conjunctions. He was a Millet Writing Fellow at Wesleyan University, in 2010, and participated in Wesleyan's Distinguished Writers Series. Ashbery lives in New York City and Hudson, New York.

Ashbery's long list of awards began with the Yale Younger Poets Prize in 1956. The selection, by W. H. Auden, of Ashbery's first collection, Some Trees, later caused some controversy. His early work shows the influence of W. H. Auden, Wallace Stevens, Boris Pasternak, and many of the French surrealists (his translations from French literature are numerous). In the late 1950s, John Bernard Myers categorized the common traits of Ashbery's avant-garde poetry, as well as that of Kenneth Koch, Frank O'Hara, James Schuyler, Barbara Guest, Kenward Elmslie and others, as constituting a "New York School". Ashbery then wrote two collections while in France, the highly controversial The Tennis Court Oath (1962), and Rivers and Mountains (1966), before returning to New York to write The Double Dream of Spring, which was published in 1970.

Ashbery won all three major American poetry awards: the Pulitzer Prize, the National Book Award and the National Book Critics Circle Award). The collection's title poem is considered to be one of the masterpieces of late-20th-century American poetic literature. Ashbery's art criticism has been collected in the 1989 volume Reported Sightings, Art Chronicles 1957-1987, edited by the poet David Bergman. He has written one novel, A Nest of Ninnies, with fellow poet James Schuyler, and in his 20s and 30s penned several plays, three of which have been collected in Three Plays (1978). Ashbery's Charles Eliot Norton Lectures at Harvard University were published as Other Traditions in 2000. A larger collection of his prose writings, Selected Prose and his poetry volume “Where shall I wander?” appeared in 2005. In 2008, his Collected Poems 1956–1987 was published as part of the Library of America series.