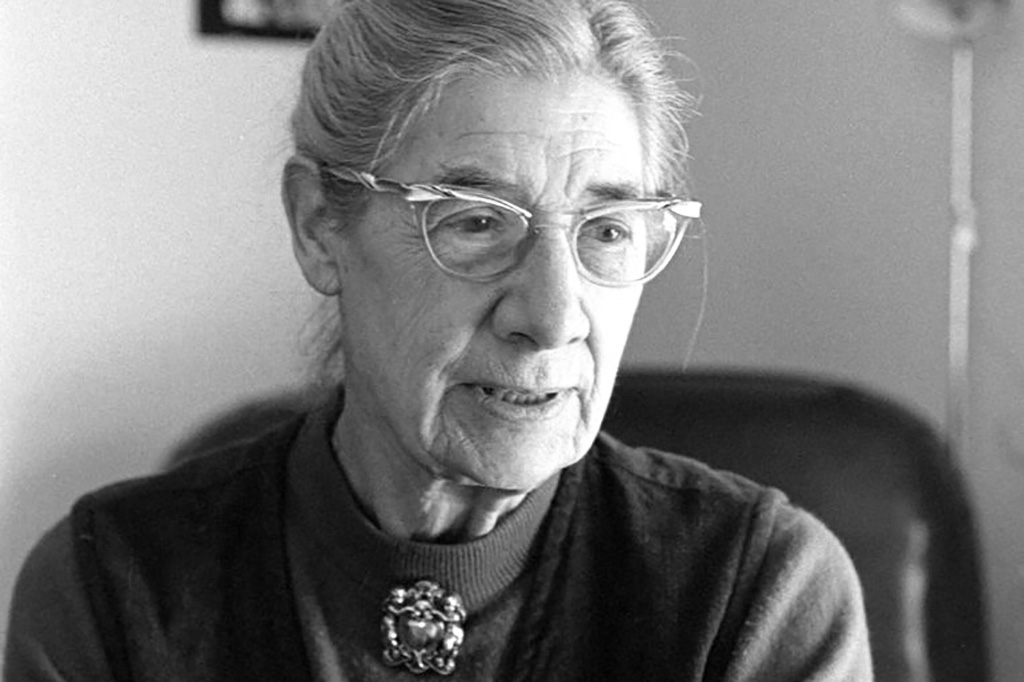 Janet Lewis was a very prolific poet of the Chicago circle, having taught at Stanford University and the University of California at Berkley. Lewis was not only a poet, but also a writer of short stories, novels, and libretti.

Lewis’s poetry is distinctly American in subject matter. Her first collection of verse, The Indians in the Woods of 1922, stemmed from a childhood fascination with Native Americans. This fascination continued even into her late volumes of poetry, such as The Ancient Ones of 1979, which Suzanne Doyle of Southern Review referred to as “a temperamental affinity of the poet for the Indian consciousness.”

Theodore Roethke wrote in Poetry that Lewis’s poetry “is marked by an absolute integrity of spirit and often by the finality in phrasing that can accompany such integrity.”