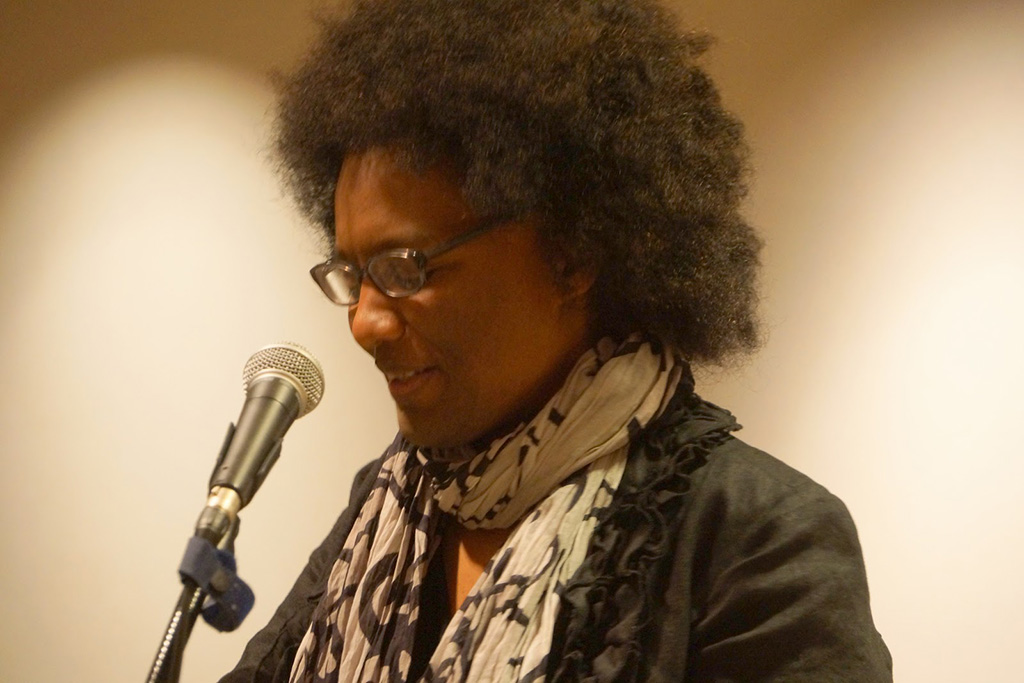 Harryette Mullen is the author of four books of poetry, most recently Muse & Drudge, published by Singing Horse in 1995. Her other books include Tree Tall Woman (Energy Earth, 1981), Trimmings (Tender Buttons, 1991) and S*PeRM**KT (Singing Horse, 1992). Her short fiction has been published in numerous anthologies. She has worked in the Texas Commission on the Arts' Artists in the Schools program and taught at Cornell University. Harryette Mullen currently teaches African-American literature and Creative Writing at the University of California at Los Angeles.