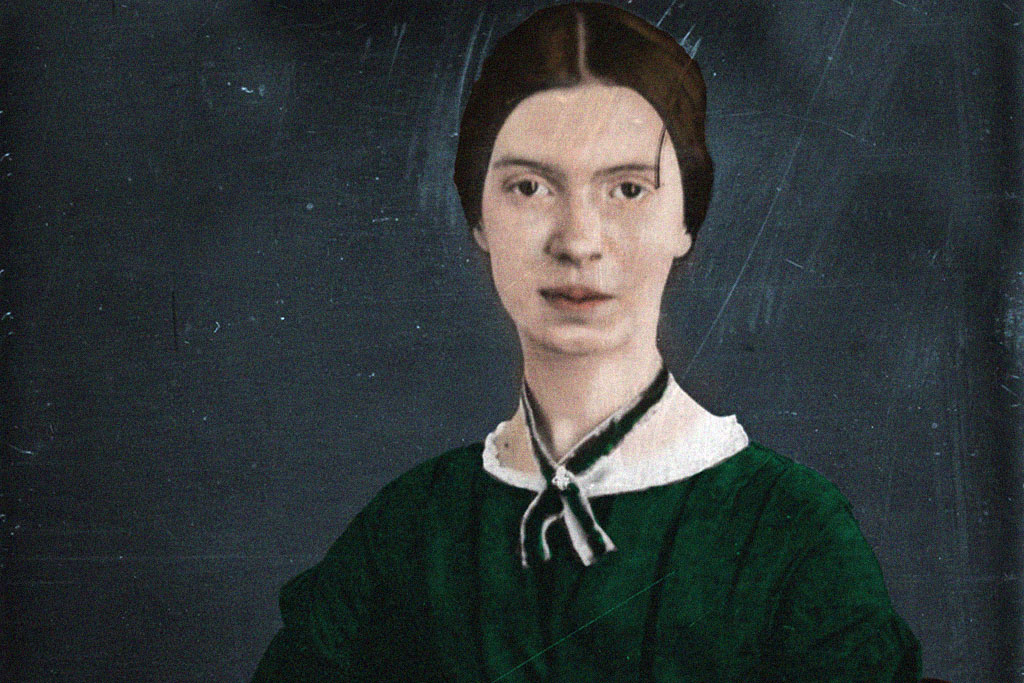 Emily Elizabeth Dickinson wrote poetry in the 1850 and 1860s and she is considered to be one of the best American poets. Emily uses her imagination and experiments with her poetry. She is important because she writes about new subjects: science, religion, home life, loss and death. The voice in her poetry is that of a disobedient and rebellious child. She began writing in a time of educational freedom for young girls. Before this girls could not go to school. Her work was not published in her lifetime but 4 years after her death. Her work is widely read and it is studied in schools and at universities.OZoFe.Com

Emily was born May 15, 1830, in Massachusetts, America in a farming community called Amherst. Emily lived with her parents Edward and Emily Norcross, and her brother Austin and sister Lavinia in a house built by her grandfather, Samuel. But when she was 9 years old they moved house to a house called “The Homestead.”

Emily spent 4 years at primary school and went to Amherst Academy for 7 years. Although she was a very sick child and she was not always able to study, Emily really enjoyed school.

She became very good at science so she wrote about flowers, plants and her interest in gardening. Emily left school when she was 15 years old and went to a religious school where they labelled her “without hope,” as she did not believe in God. At this time she was writing about rejecting marriage and religion.

Education was very important to Emily’s father, Edward Dickinson who was a lawyer. Emily’s mother enjoyed studying science, but she became very ill and she had to look after her.

Emily’s father was very strict and would let Emily, Austin or Lavinia read some books and not others. Emily’s poetry is written in response to her father’s control, but they did have a good relationship. Because Emily never married, she was supported by her father’s money and had to stay at home to cook, clean and do the gardening.

Emily started reading William Wordsworth and Ralph Emerson’s poetry when she was a teenager. Emily liked to stay indoors, and did not like to stay away from home because she became homesick. In her letters she wrote about her feelings of homesickness when she was away from home.

When a few of Emily’s friends died because the hospitals were not very good, Emily became very sad and stayed at home even more. She wrote poetry about loss and death and did not spend much time with her friends.

The Influences On Her Poetry

Austin, Emily’s brother, also became a lawyer like their father Edward. Austin married Susan, who Emily loved like a new sister, even though her family was very different. Susan helped Emily finish her poetry through writing letters to her.

Emily’s family was not always religious. Emily’s mother was first to join the church, then her father, brother and his wife. Lavinia and Emily were rebellious and did not join the church. Emily’s poetry was more important to her.

Emily stayed in her family home “The Homestead” for the rest of her life after becoming too homesick on a trip to visit her father in a different part of America.

When her mother became very ill, Emily spent a lot of time with her in the garden and in their new conservatory in their home where she grew flowers.

In 1858 Emily wrote and rewrote her poems. She also started writing about a romantic relationship with an unnamed man.

Emily showed her poetry to all of her friends, who she hoped would help her with her work. When she showed her work to Thomas Wentworth Higginson, he said she needed to work harder on her poetry.

Higginson started helping her to finish her poetry and also helped her in a very sad time. She said that Thomas saved her life by helping her.

When Emily was very ill she had to leave her home. She spent time at a hospital in Boston, and did not want to speak to anybody. Even though she did not like to speak to people, Otis Phillips Lord liked Emily in a romantic way, but they did not get married.

Emily wrote a lot of letters and less poetry as she got older. She stayed at home as she had to look after her mother. During this time, the garden became her main focus.

She wrote about the extreme changes she saw in nature and in society. When Emily’s father, mother, brother, nephew and friends died 1874-1884, Emily wrote about loss but then also became ill and died in 1886.

She did not want to publish any of her work, but when she died, her sister found 1,800 of Emily’s poems, which were published by her friend Thomas Wentworth Higginson in 1890.