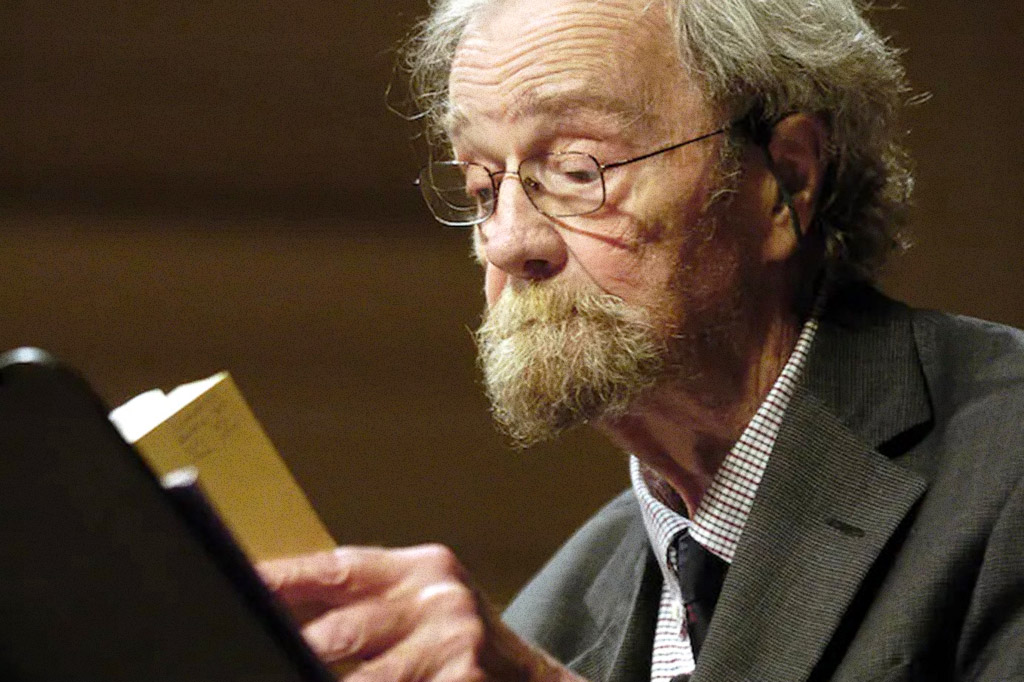 Donald Andrew Hall Jr. (September 20, 1928 – June 23, 2018) was an American poet, writer, editor and literary critic. He was the author of over 50 books across several genres from children's literature, biography, memoir, essays, and including 22 volumes of verse. Hall was a graduate of Phillips Exeter Academy, Harvard, and Oxford. Early in his career, he became the first poetry editor of The Paris Review (1953–1961), the quarterly literary journal, and was noted for interviewing poets and other authors on their craft.

The poems collected in Exiles and Marriages (1955) exhibit the influence of Hall’s academic training: their style and structure are rigorously formal. In The Dark Houses (1958) he shows a richer emotional range, presaging the intuitive, anecdotal works for which he has become best known—e.g., A Roof of Tiger Lilies (1964) and The Alligator Bride (1968). The book-length The One Day: A Poem in Three Parts (1988), considered his masterpiece, is an intricate meditation on middle age. White Apples and the Taste of Stone (2006) is a collection of poetry from across his career.

Hall’s numerous prose works ranged widely, from Marianne Moore: The Cage and the Animal (1970) to a biography of the American sculptor Henry Moore. He edited anthologies of verse and of prose and wrote books for children. He also wrote works on baseball, including Fathers Playing Catch with Sons (1985).

The death in 1995 of his wife, the poet Jane Kenyon, powerfully influenced his later work: the poetry collections Without (1998) and The Painted Bed (2002) explore loss and grieving, and The Best Day the Worst Day: Life with Jane Kenyon (2005) is a memoir.

Donald Hall was the subject of a short documentary by Paul Szynol called Quiet Hours. He also appeared in Ken Burns' 1994 documentary on baseball.

Hall lived at Eagle Pond Farm in Wilmot, New Hampshire, a small town in Merrimack County. He was married to poet and author Jane Kenyon (1947–1995) for 23 years and lived with her until her death. Hall died on June 23, 2018, at the age of 89 at his home in Wilmot.