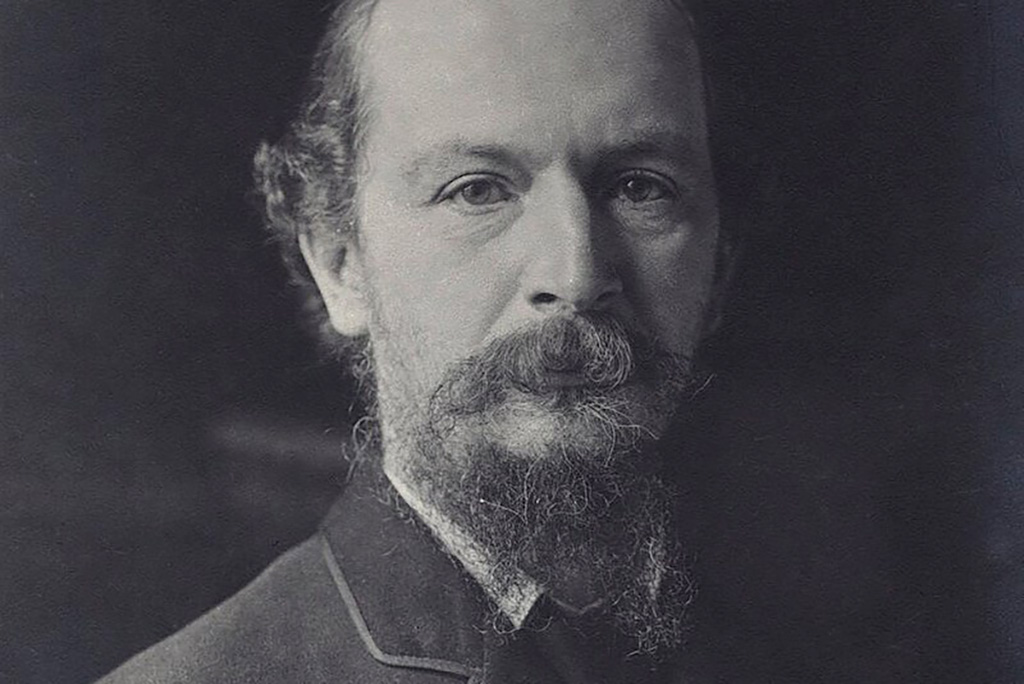 Algernon Charles Swinburne, (born April 5, 1837, London—died April 10, 1909, Putney, London), was an English poet, playwright, novelist, and critic. He wrote several novels and collections of poetry such as Poems and Ballads, and contributed to the famous Eleventh Edition of the Encyclopædia Britannica.

In religion, the Swinburnes were true to their class, meaning that they were High Church Anglicans (see Church of England), and the poet had a Bible reader's detailed knowledge of the scriptures and of standard interpretative methods, including typology, prophecy, and apocalyptics. His treatment of Christianity seems a characteristically idiosyncratic one — that is, although he delighted in opposing organized religion and savagely attacked the Roman Catholic Church for its political role in a divided Italy, he makes detailed use of biblical allusion, though often for blasphemous ends. Although Algernon turned to nihilism while at Oxford, he never became indifferent to religion, as "Hymn to Proserpine" (text of poem) and "Hertha" make clear.

Growing up, he had a very close relationship with a cousin, Mary Gordon, and was disconsolate when she married. At Oxford he met nearly everyone who would influence his later life, including Rossetti, Morris, and Burne-Jones, who in 1857 were painting their Arthurian murals on the walls of the Oxford Union, and Benjamin Jowett, the master of Balliol College, who recognized his poetic talent and tried to keep him from being expelled when he began celebrating Orsini, the Italian patriot who attempted to assassinate Napoleon III in 1858. Leaving Oxford in 1860, he became very friendly with the Rossettis. After Elizabeth Siddall's (Mrs. Rossetti)'s death in 1862, he and Rossetti moved to Tudor House, 16 Cheyne Walk, Chelsea.

Swinburne possessed a curious combination of frail health and strength. He was small (just over 5 feet tall) and slightly built, but an excellent swimmer and the first to climb Culver Cliff on the Isle of Wight. He had an extremely excitable disposition: people who met him described him as a "demoniac boy" who would go skipping about the room declaiming poetry at the top of his voice. In this as in many things, he seems to have eschewed moderation. Once or twice he had fits, perhaps epileptic, in public; but he made this condition much worse by drinking past excess to unconsciousness. More than once while he was living with Rossetti he was delivered to the door in the small of the night, dead drunk. Throughout the 1860s and '70s he rode an alcoholic cycle of dissolution, collapse, drying out at home in the country, then returning to London where he would begin all over again.

Although some of his work had already appeared in periodicals, Atalanta in Calydon (1865) was the first poem to come out under his name and was received enthusiastically. "Laus Veneris" and Poems and Ballads (1866), with their sexually charged passages, were attacked all the more violently as a result. Swinburne's meeting in 1867 with his long-time hero Mazzini, the Italian patriot living in England in exile, led to the more political Songs before Sunrise.

His mania for masochism, particularly flagellation, probably began at Eton and was encouraged by his later friendships with Richard Monckton Milnes (one of Tennyson's fellow Apostles), who introduced him to the works of the Marquis de Sade, and Richard Burton, the Victorian explorer and adventurer. Some gamey stories survive from the year or so that he spent living at 16 Cheyne Walk with Rossetti: according to one, Rossetti once had to tell him to keep down the noise — he and a boyfriend had been sliding naked down the bannisters and disturbing Rossetti's painting. In another, Rossetti gave to Adah Menken, the American circus rider, to introduce Swinburne to heterosexual love. She returned it because, she said, "I can't make him understand that biting's no use." He took a sardonic delight in what the critic and biographer, Cecil Lang, calls "Algernonic exaggeration": When people began to talk scathingly about his homosexuality and other sexual proclivities, he circulated a story that he had engaged in pederasty and bestiality with a monkey — and then ate it. How many of the stories were true and how many inventive fiction is still unclear. Oscar Wilde, thoroughly capable of inventing his own interesting fictions, called him "a braggart in matters of vice, who had done everything he could to convince his fellow citizens of his homosexuality and bestiality without being in the slightest degree a homosexual or a bestializer."

In 1879, with Swinburne nearly dead from alcoholism and dissolution, his legal advisor Theodore Watts-Dunton took him in, and was successful in getting him to adopt a healthier style of life. Swinburne lived the rest of his days at Watts-Dunton's house outside London. He saw less and less of his old friends, who thought him "imprisoned" at The Pines, but his growing deafness accounts for some of his decreased sociability. He died of influenza in 1909.

It is clear that Swinburne had an addictive personality, one nearly incapable of moderation. His criticism is perceptive and useful but suffers from praise too lavish of the things he liked and attacks too vituperative on those that he didn't. His poetry follows the by now standard pattern of early flourish and later decline; some of the fresher pieces in the second and third series of Poems and Ballads (1878 and 1889) were actually written during his days at Oxford. Nevertheless, his last collection, A Channel Passage, has some lovely poems, including "The Lake of Gaube." He is best remembered as the supreme technician in metre, with a versatility which exceeds even Tennyson's, but which lacks a corresponding emotional range. His obsessions are not widely enough shared; and if he can not shock us by the strangeness of his desires nor the shrillness of his anti-theistical exclamations, often too little remains.